Review of You Can Do Better Album by Johnny Foreigner

Picking up where post-millennium post-hardcore bands like Hell Is For Heroes and Hundred Reasons left off, Johnny Foreigner have been making their own brand of fiery pop punk noise for almost a decade now. 'You Can Do Better', their fifth full length LP and first since 2011's 'Johnny Foreigner Vs. Everything', sees the band doing more of the same to please their passionate fan base. 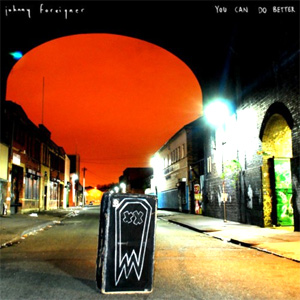 The album kicks off with a familiar breakneck clatter of distorted guitars and rattling drums that Johnny Foreigner have made their trademark in 'Shipping', which gives way to intricate guitar figures and an incredibly zealous vocal performance. Before you get the chance to breathe, the band break into their high energy racket for the chorus. It is an absolute thrill ride.

The band stick fairly rigidly to this formula for the next few songs with highlights including 'Le Sigh', which trades on a powerful twin vocal attack like an amped up Hundred Reasons, the scrappy attack of 'In Capitals' and 'The Last Queens of Scotland' which takes the punk rock cacophony to its logical conclusion with some amazing drums. It is all fairly standard Johnny Foreigner stuff, but you get the feeling they are playing it a little safe.

Elsewhere on the album, the band do take risks and move away from the loud, raw pop punk anthems in favour of more introspective moments. The most accomplished of these is the post-rock workout of 'Riff Glitchard' on which female vocals take centre stage over layers of hypnotic guitar figures which recall bands like Russian Circles. Of course, the band cannot help but break into their inevitable explosion towards the end, but the first four and a half minutes are a really interesting avenue which the band should be commended for exploring. The band try to mix both of their dynamics on 'WiFi Beach' with fairly middling results. At best, it is once again trademark Johnny Foreigner, but at worst it sounds like two songs playing on top of one another.

You have to give Johnny Foreigner their due for sticking around while their former contemporaries such as Hundred Reasons and Reuben have fallen by the wayside but 'You Can Do Better' feels a little bit safe and a little bit phoned in. Towards the end, it begins to outstay its welcome, but the bits that are good here, are very good indeed. 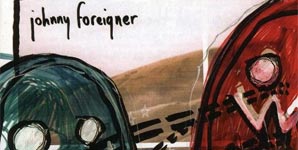 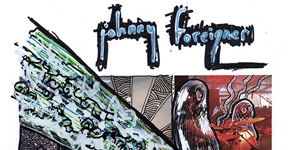