Police Hunting For Pirates Of The Caribbean Set Intruder

Police In Australia Have Launched A Hunt For An Intruder Who Allegedly Pulled A Knife On A Security Guard On The Set Of Johnny Depp's Next Pirates Of The Caribbean Blockbuster. 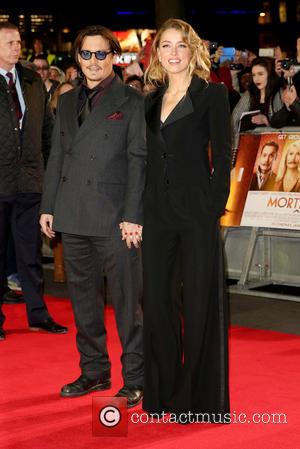 The latest installment of the pirate franchise is currently being filmed Down Under, but the shoot on the Gold Coast was marred by a dramatic bust-up on Tuesday (10Mar15).

Police were called to the set to investigate reports a man dressed as Depp's character, Captain Jack Sparrow, had threatened a member of the onset security team and then run off into bushland.

Cops launched a manhunt with a dog team and appealed to the public for information, even releasing a picture of the suspect which shows him dressed as a pirate with a live parrot on his shoulder.

A statement from the Queensland Police Service reads, "Police are looking at CCTV footage to determine the identity of the man. Anyone who can assist police with their enquiries is urged to contact police."

A worker on the film tells Abc.net.au, "It's in the hands of the professionals. We can leave it to them."

Pirates Of The Caribbean: Dead Men Tell No Tales is due for release in 2017.