Pirates Of The Caribbean 5 Must Be A Disney Hit

Pirates Of The Caribbean 5 delay is due to script and budget concerns as Disney desperately need a big box office performance. 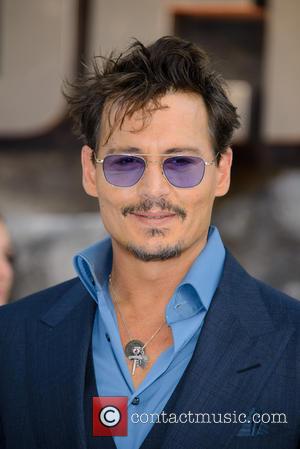 Disney's 'Pirates of the Caribbean 5' has been delayed until the new expected release date sometime in 2016. The fifth instalment of the pirate franchise titled 'Dead Men Tell No Tales' is expected to go into production next year as it sees the return of Johnny Depp as the cunning, yet mystifying 'Captain Jack Sparrow'.

The producer of the epic-adventure, Jerry Bruckheimer revealed to The Hollywood Reporter that the delay is due to issues with the script as well as a run of poor box office performances recently, especially the summer flop 'The Lone Ranger'.

He reiterated that coming up with a script "is always hard and everybody's more cautious". This is referring to the dismal performance of Johnny Depp's summer blockbuster 'The Lone Ranger', with a production budget of $215 million. According to Box office mojo, the film has only managed a domestic total of $88,818,158 -catastrophically failing to make profit, and according to the BBC it cost Disney millions.

Johnny Depp is in need of a hit as critics also panned his 2012 adaptation 'Dark Shadows', although performing well at the box office, critics were in an unanimous agreement that the this wasn't the best Tim Burton-Johnny Depp collaboration.

The Disney production team have good reason to be tentative, previous Pirates of the Caribbean instalments have cost up to $300 million. Can they really risk another similar budget after this summer's poor box office performances?

The cast as well as the fans will have to sit patiently until the film gets the green light, but it could be worth the wait as Moviehole allegedly received information from a Disney source that this film sees the return of Orlando Bloom as "the story of Will Turner may not be finished". There is yet reports to confirm this rumour but clarity on Will Turner will surely grasp the attention of the franchise's fans.

'The Pirates Of The Caribbean' movie franchise have grossed a combination total of $3.7 billion worldwide, making it the fifth biggest film franchise ever.

Pirates Of The Caribbean is set for release sometime in 2016. Johnny Depp as Toto in film flop The Lone Ranger