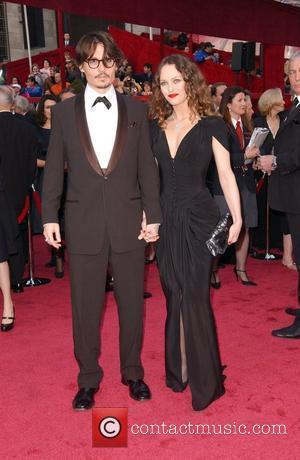 Johnny Depp's longterm partner Vanessa Paradis has no intention of wedding the Hollywood star - because their relationship is "perfect" as it is.
The singer/actress has been dating Depp for 10 years and the couple has two children together - Lily Rose, nine, and Jack, six.
And although rumours of a wedding surfaced earlier this year (08), Paradis insists they are untrue - because she and Depp are already so dedicated to one another and their family.
She tells Britain's Elle magazine, "Each summer people say we're supposed to be getting married, but we don't talk about it that much. He's got me and he knows he's got me."
But Paradis, 35, hasn't completely ruled out exchanging nuptials.
She adds, "I love the romance of 'let's get married', but then, when you have it so perfect... I mean, I'm more married than anybody can be - we have two kids. Maybe one day, but it's something I can really do without."