Johnny Depp has insisted he would ''destroy'' anyone who tried to bully his children, daughter Lily -Rose, 16, and 13-year-old son Jack. 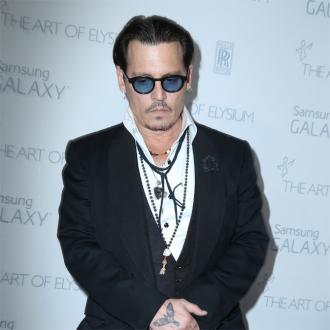 Johnny Depp would ''destroy'' anyone who tried to bully his children.

The 52-year-old actor has daughter Lily -Rose, 16, and 13-year-old son Jack with former partner Vanessa Paradis and insisted that he will do whatever it takes to protect them from people who intended them harm.

Revealing that his own mother told him to stand up to bullies when he was a young child by ''picking up a brick and laying them out'', Johnny said he would be quick to take revenge on anyone who hurt his family.

E! News reports Johnny told reporters at the Toronto International Film Festival: ''I remember when I was a kid and I was little, like maybe six years old or something like that, there was a little horror at the school who was needling me or whatever, and I think I told my mom or something.

''I come from nothing but hillbillies, and my mom said to me, 'Alright, here's the deal, next time anybody puts their hands on you, pick up a brick and lay them out.'

''If somebody tried to bully my kid, if they didn't destroy the little booger, I would.''

Johnny also claimed that box office success is not a factor in his work and he just cares about portraying the character as best he can.

The 'Black Mass' actor - who is married to Amber Heard - explained: ''As long as you've arrived at that place where you believe is the right place you need to be for the character. If you feel that you've done service to the director, to yourself, to the author, then to me that's a success. Box office is something else and it's certainly not my business.''