Johnny Depp admits he is ''quite worried'' about his 16-year-old daughter Lily-Rose's foray into fashion and films at such a young age. 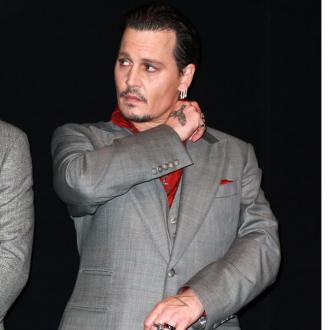 Johnny Depp is ''quite worried'' about his daughter's fashion career.

The doting dad admits he is cautious about Lily-Rose - his 16-year-old daughter with ex-girlfriend Vanessa Paradis - embarking on a celebrity lifestyle at such a young age, after the teen landed a modelling campaign for Chanel eyewear and two film roles.

He told Germany's Gala magazine: ''To be honest, I'm quite worried. I wasn't expecting all this to happen to Lily-Rose, especially not at this age. But it's her passion and she's having fun.''

The former teen heartthrob - who also has son Jack, 13, with Vanessa - is fully supportive of his daughter's decision, however, and is well equipped to guide her through her blossoming career.

It was recently reported that Johnny, 52, sold his beloved yacht to please his wife Amber Heard, 29.

The Hollywood actor reportedly parted ways with his beloved 156-foot liner, the Vajoliroja, which he bought in 2007 and named after ex-girlfriend Vanessa, due to the 'Magic Mike XXL' star being ''jealous'' and refusing to get on the boat.