Johnny Depp Was Empty Before Having Kids

Johnny Depp says he felt empty before having kids. 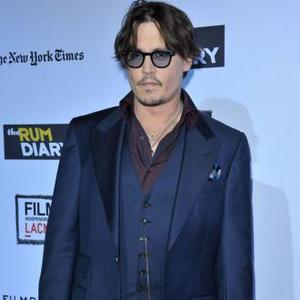 Johnny Depp was miserable until he had children.

The 48-year-old 'Dark Shadows' actor has admitted that he felt empty until the birth of his first child with Vanessa Paradis.

He said: ''There is nothing on earth that could ever make me want to relive certain years of my life when I was young.''

The screen star's parents divorced when he was 15 years old and he self-harmed as a way to cope with his problems.

He continued: ''You grow up a bit damaged or broken then you have some success but you don't know how to feel good about the work you're doing or the life you're leading.''

He explained that his Offspring, Lily-Rose, 12 and Jack, 10, who he has with the 39-year-old singer, model and actress brought him back to appreciating life to the fullest.

He added to The Sun newspaper: ''You feel empty. I was angry and frustrated until I started my own family and my first child was born. Until then I didn't really appreciate life the way I should have, but fortunately I woke up.''