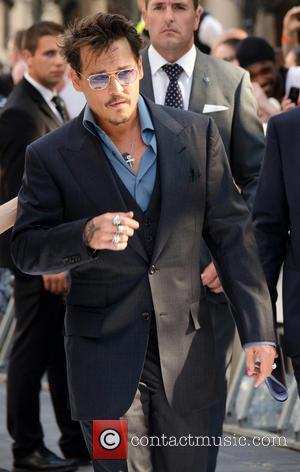 Johnny Depp was almost fired from the Pirates Of The Caribbean movie because Disney executives didn't understand his interpretation of Captain Jack Sparrow.

The Alice in Wonderland star reveals studio bosses were confused by his oddball swashbuckling character, which was partly inspired by rocker Keith Richards.

He says, "They couldn't understand what I was doing... Disney wanted to fire me... They were actually contemplating subtitling the film."

Depp would have happily walked the plank on his movie deal - but he made it clear he would expect compensation for the time he spent preparing for the character and filming.

He explains, "I was probably as close to getting fired as anyone could be. I spoke to one of the execs at the time and said, 'You're right, you should fire me - but you'll have to pay me for my time.'"

The film series went on to be very successful at the box office and has spawned five films - the latest sets sail in 2015.