Johnny Depp wants Stones to be his wedding band

Johnny Depp reportedly wants his friend Keith Richards and The Rolling Stones to perform at his wedding to Amber Heard. 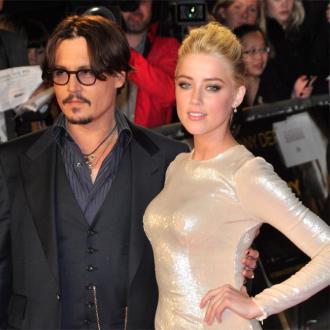 Johnny Depp wants The Rolling Stones to play at his wedding, it has been claimed.

The 50-year-old actor proposed to girlfriend Amber Heard - who he met on the set of their film 'The Rum Diary' in 2011 - on Christmas Eve (24.12.13) and though they haven't set a date for their nuptials yet, he has asked his friend and 'Pirates of the Caribbean' co-star Keith Richards if he and his band will provide some music.

A source told Now magazine: ''The wedding plans are at an early stage. But the one thing Johnny does know is he wants Keith and the guys there He might even ask to join them on a track or two.''

Johnny is known to be an excellent guitar player and previously teamed up with Marilyn Manson for a version of Carly Simon's 1972 hit 'You're So Vain' for Manson's album 'Born Villain'.

The actor also provided slide guitar on the Oasis track 'Fade In-Out' on their 1997 album 'Be Here Now' after being invited to play on the LP by Noel Gallagher, who he was close friends with at the time due to their respective relationships with Kate Moss and Meg Mathews.

It was recently claimed Johnny and Amber, 27, are planning on having an intimate wedding on the Hollywood star's private beach in the Bahamas.

A source said recently: ''They're having a small intimate ceremony barefoot on the beach in Little Hall's Pond Cay.

''Afterwards they'll have a barbecue where some of Johnny's musician pals are going to perform, followed by limbo dancing.

''Neither Johnny nor Amber want a big, glitzy Hollywood bash. They are both very private.''