Johnny Depp has been subpoenaed to give evidence in a murder trial stemming from a road traffic accident in Los Angeles in 2009. 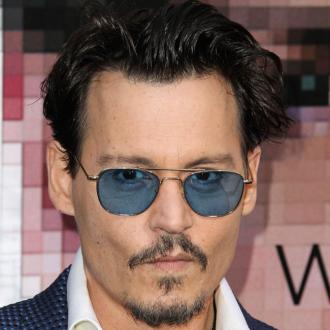 Johnny Depp has been subpoenaed to give evidence in a murder trial.

The 'Transcendence' star was reportedly served with legal documents at the movie's premiere in Los Angeles on Thursday (10.04.14), ordering him to testify in a criminal case involving a female limousine driver.

Nancy Lekon is accused of hitting a pedestrian, dragging her for a mile and killing her in downtown LA's Skid Row in 2009.

Her lawyer wants the 50-year-old star to help him prove she is insane, as upon being arrested she told police officers that she was in a relationship with Johnny, who is engaged to actress Amber Heard, and was on her way to meet him when the road accident occurred, according to gossip website TMZ.com.

Nancy's public defender wants to call Johnny to the stand in the case to help show that she's delusional, as the actor is expected to confirm he doesn't know her.

It is not yet known if the 'Pirates of the Caribbean' actor will be forced to appear in court, as he may be able to give evidence in writing or over the phone.

Johnny was still in a relationship with French actress Vanessa Paradis, with whom he has daughter Lily-Rose, 14, and son Jack, 11, at the time of the incident.

The former couple split in 2012 and Johnny got engaged to Amber, 27, earlier this year.