Johnny Depp to star in Transcendence? 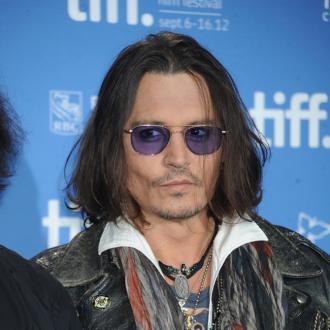 Johnny Depp is in talks to star in 'Transcendence'.

The 'Dark Shadows' actor could play the lead in Oscar-winning cinematographer Wally Pfister's directorial debut, which is being described as a sci-fi thriller about a man who gets sucked into a malevolent, self-aware computer.

Wally said: ''I'm thrilled, and feel very fortunate to have the opportunity to work with Johnny. He is a creative and intelligent artist whom I feel will bring great depth to the character and the overall narrative.''

Broderick Johnson and Andrew Kosove, Alcon Entertainment CEOs, added: ''Johnny Depp is one of the most charismatic, talented actors imaginable and we are delighted he is with us on this project.''

Wally - who won an Oscar for his work on 'Inception' - is 'The Dark Knight Rises' director Christopher Nolan's long-time cinematography partner and has made no secret of his desire to step behind the camera as director.

His collaboration with Christopher has spanned seven films, beginning in 1999 with 'Memento'.

Christopher and Emma Thompson confirmed they will be executive producing his filmmaking debut earlier this year.

Principal photography will begin in 2013.