Johnny Depp To Star In The Grand Budapest Hotel 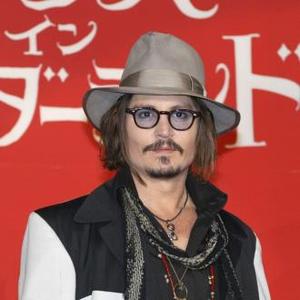 Johnny Depp is to star in Wes Anderson's 'The Grand Budapest Hotel'.

The 'Pirates Of The Caribbean' actor has been confirmed for Wes Anderson's upcoming indie movie, and the plot is currently under wraps.

Wes is joining forces with his 'Moonrise Kingdom' collaborators, Indian Paintbrush, following the film's rave reviews in Cannes, and Scott Rudin and Steven Rales will be producing the forthcoming movie, according to Collider.

The 49-year-old star - who split with Vanessa Paradis, his partner of 14 years, in June - last appeared in Tim Burton's horror comedy 'Dark Shadows' alongside Michelle Pfeiffer and Helena Bonham Carter earlier this year.

Johnny's next film will see him play Tonto in Gore Verbinski's 'The Lone Ranger' - which will see Armie Hammer portray the titular character - which is scheduled for release in summer 2013.

The Hollywood star was set to reteam with his 'Pirates of the Caribbean: On Stranger Tides' director Rob Marshall for the remake of 1934 mystery movie 'The Thin Man', but the studio has stalled the project.