Johnny Depp to star in Mortdecai

Johnny Depp is in negotiations to star in 'Mortdecai' as Charles Mortdecai, a suave art trader-turned- rogue who frequently finds himself caught up in crime, in David Koepp's adaption of Kyril Bonfigliolio's 1970 comedy-crime novel 'The Great Mortdecai Moustache Mystery'. 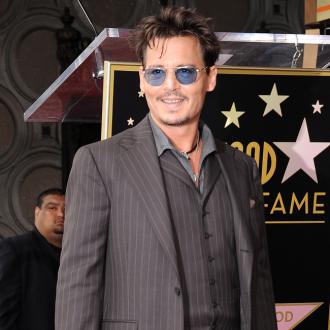 Johnny Depp is in negotiations to star in 'Mortdecai'.

The 50-year-old actor is near to signing on to play the lead role of Charles Mortdecai, a suave art trader-turned- rogue who frequently finds himself caught up in crime, in David Koepp's adaptation of Kyril Bonfigliolio's 1970 comedy-crime novel 'The Great Mortdecai Moustache Mystery'.

Koepp - who is one of Hollywood's best known screenwriters after penning blockbusters 'Jurassic Park' and 'Spider Man' - will direct the film from a screenplay written by Eric Aronson, while Depp will produce the movie alongside his producing partner Christi Dembrowski, as well as Andrew Lazar.

The story follow Mortdecai as he races against the clock to retrieve a stolen painting, which is said to contain the code to a bank account filled with Nazi gold, but along the way he'll have to deal with angry Russians, the British Mi5 and an international terrorist.

The project has been in development for a number of years at Warner Bros., but was put on the back-burner until earlier this year.

Depp is currently starring in 'The Lone Ranger', in which he plays the unconventional character of Tonto, and he is rumoured to be squeezing in 'Mortdecai' before making a fifth 'Pirates of the Caribbean' next year.