Johnny Depp to marry in Bahamas?

Johnny Depp has sparked speculation he and Amber Heard will marry on New Year's Eve (31.12.13) after inviting a host of famous pals to Barbados. 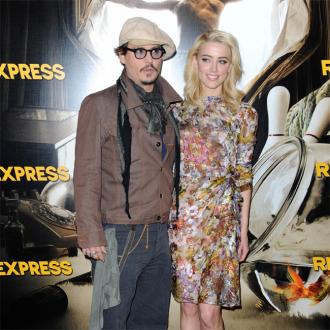 The 'Lone Ranger' star has invited a number of his close friends, including Steven Tyler, Marilyn Manson, Helena Bonham Carter and her partner Tim Burton, to ring in 2015 with him and fiancée Amber Heard on Amber Beach on his private island in the Caribbean, fuelling rumours the couple plan to tie the knot.

A source told The Sun newspaper: ''Johnny is normally very low key, so the big New Year party came as a surprise. He's invited most of his closest friends and their families to join him on his island. The highlight will be a big party.

''It could be a straightforward bash but friends have wondered if it could be a ruse to have a wedding without a big fuss.''

The couple always intended to tie the knot at Amber Beach, but no definite date has ever been set.

The 'Mortdecai' star was previously in a long-term relationship with Vanessa Paradis, with whom he has two children, daughter Lily-Rose, 15, and son Jack, 12.