Johnny Depp: 'There Is No Weirdness With Vanessa Paradis' 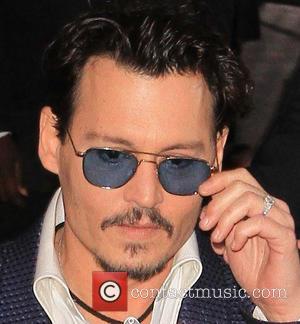 Hollywood heartthrob Johnny Depp is adamant there is no "weirdness" or "hostility" between himself and his former partner Vanessa Paradis following his engagement news.

The actor spent 14 years with the French singer/actress and fathered two kids with his 41-year-old girlfriend before they split in 2012.

Depp has since announced his engagement to 27-year-old actress Amber Heard, his co-star in 2011 movie The Rum Diary, but the Edward Scissorhands star is adamant his new-found happiness has not caused problems with Paradis.

He says, "Vanessa and I get along wonderfully. There's no weirdness at all, no hostility. Life happens and we spent 14 great years together and raised a couple of kids who we are both incredibly proud of. We see each other all the time and giggle and hang out, just like we always did. She's a wonderful woman. I love her and she loves me and she's a great mommy. I have nothing bad to say, ever."