Johnny Depp Thanks Wife Amber Heard 'For Putting Up With Me'

With their one year wedding anniversary approaching, Johnny Depp has paid tribute to his wife Amber Heard for ‘putting up’ with him. The 52-year-old actor thanked his 29-year-old wife as he was honoured with the Desert Palm Achievement Award, at the Palm Springs International Film Festival on Sunday night. 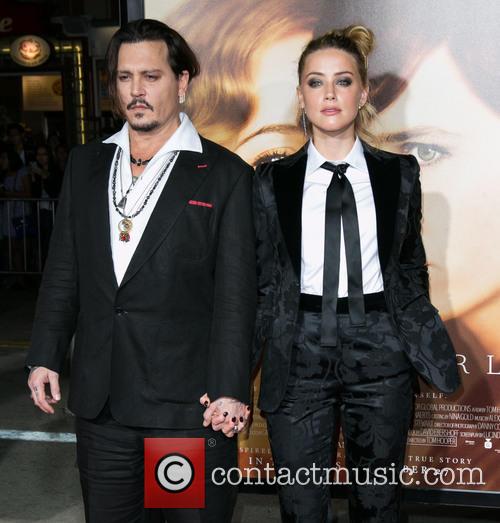 Johnny Depp has thanked wife Amber Heard for ‘putting up’ with him.

"I also have to thank my wife Amber for putting up with me, for living with all these characters, which can't be easy. It's hard for me - it's got to be hard for her,” the Black Mass actor said. Depp and Heard met on the set of 2011 film The Rum Diary and were married last February.

Speaking to E! News about their relationship at the November premiere of Heard’s movie The Danish Girl, Depp said the couple connect on a number of levels. "We connect on a lot of levels but the first thing that really got me was she's an aficionado of the blues,” Depp said.

“I would play a song, some old obscure blues song, and she knew what it was.She's very very literate. She's a voracious reader as I have been, so we connected on that as well and she's kind of brilliant and beautiful. I'm a lucky man.”

During his speech at the Palm Springs festival, Depp also thanked Warner Bros. executives who supported him "so bravely and didn't complain about the prosthetics" he used to play Boston mobster Whitey Bulger in Black Mass.

The actor added that he’s experienced "unhappiness" from other studios that have been "very frightened" how he’s transformed himself in the past for his film roles, joking "Is Michael Eisner here?”.