Johnny Depp teams up with daughter for Yoga Hosers

Johnny Depp is teaming up with his 15-year-old daughter Lily-Rose for his next movie 'Yoga Hosers'. 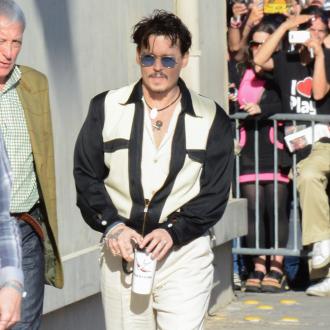 Johnny Depp is teaming up with his daughter for his next movie.

The 51-year-old star will appear opposite 15-year-old Lily-Rose in upcoming comic book movie 'Yoga Hosers', and the pair are onboard alongside another father-daughter combination in Kevin Smith, who will direct the motion picture, and his 15-year-old daughter Harley Quinn Smith.

Kevin, who has also written the screenplay, told Hollywood Reporter: ''People always ask me, 'Are you ever going to make a comic book movie?'

''This is it - but instead of yet another dude saving the day, our anti-heroes are the most feared and formidable creatures man has ever encountered: two 15-year-old girls.''

Lily-Rose and Harley will play two teenage yoga enthusiasts who go up against a villain threatening to spoil their big party plans.

Kim Leadford, CEO of StarStream Entertainment - which is financing the film - said: ''The timing couldn't be more perfect as so many production companies are struggling to find content to fill a serious void in the market of female superheroes and anti-heroes. And it's pretty exciting to have their dads making the film with them.''

Several other stars have also joined the cast including Adam Brody, Austin Butler and Tyler Posey.

The film follows on from Smith's horror dramedy 'Tusk' and the director has brought a number of cast members with him from the movie to star in 'Yoga Hosers'.

As well as Depp, who played Guy LaPointe in 'Tusk', Haley Joel Osment, Michael Parks, Justin Long, Genesis Rodriguez and Ralph Garman are also set to star in 'Yoga Hosers', which is expected to be released next year.