The 50 year-old opened up about his parenting skills, but admits no matter what the rest of the world think, his 15 year-old teenage daughter doesn't see him as cool. 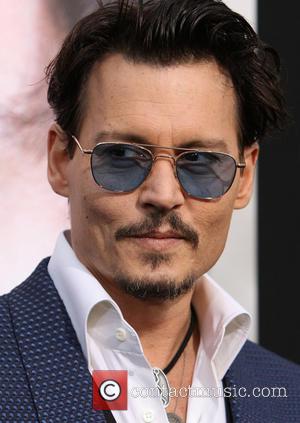 Johnny Depp seems to be calming down with age.

The 50 year-old actor recently appeared on 'The Ellen DeGeneres Show', which aired on Friday (April 11th), and spoke about reaching the half century mark.

"I think when you're younger, 50 sounds old, and...you have this image of yourself," the host told the Hollywood hunk. "But don't you think you're just getting better and better?"

He also revealed that this helps when there is "less drama" in his life, "far less drama," he reiterates.

"It feels good," he continued. "You definitely feel you've earned your stripes and you're a little bit wiser, having been predominantly ignorant for the majority of your life."

Depp, who recently became engaged to 27 year-old actress Amber Heard, also discussed his two children Jack, 12, and Lily-Rose, 14, with whom he shares with ex-girlfriend Vanessa Paradis.

The 'Transcendence' actor noted that although he is a "pretty laid back" father, his teenage daughter doesn't find him cool in anyway.

"All that cool stuff is going on that 15-year-old girls ." he explained. "All that stuff. So she could be the sweetest thing in the world, which most of the time she is, and suddenly I'm in trouble for something."

Depp also gave an insight into his parenting skills and explained how he deals with their troublemaking side: "I think it's important to allow your kids to make their own decisions and experience the sort of repercussions of what might happen. I wouldn't say I was a very strict, strict dad."

Watch Depp's appearance on 'The Ellen Degeneres Show' below