Johnny Depp has sold his beloved yacht, named after his ex-girlfriend Vanessa Paradis, to please his wife Amber Heard. 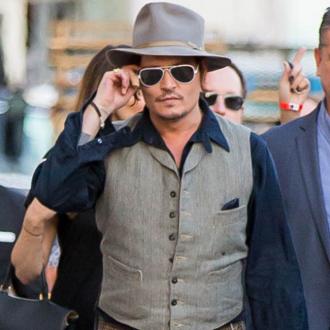 The Hollywood actor has reportedly parted ways with his beloved 156-foot liner, the Vajoliroja - which he bought in 2007 and named after ex-girlfriend Vanessa Paradis - due to the 'Magic Mike XXL' star being ''jealous'' and refusing to get on the boat.

Johnny, 52, dated French singer Vanessa for 14 years before they split in 2012. The former flames have two children together, Lily-Rose, 16, and Jack, 13.

Meanwhile, Amber, 29, is said to be bonding well with the two teenagers following her marriage to the 'Black Mass' star in February.

The blonde beauty showed her support for her husband's group the Hollywood Vampires when they performed at The Roxy in West Hollywood last week, and she was spotted hanging out with young Jack in the DJ booth.

An insider said: ''She kept saying how great Jack is. They have a really good relationship and Amber seems like a good stepmom.''