Johnny Depp is selling his French home, which he bought while with ex-girlfriend Vanessa Paradis, for £16.49 million in a bid to ''close this chapter of his life'' 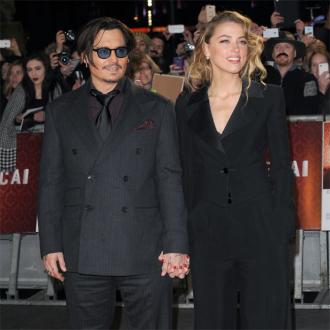 Johnny Depp is selling his French home for £16.49 million.

The 'Pirates of the Caribbean' star originally bought the property while he was dating singer Vanessa Paradis and would frequently spend holidays there with their kids Lily-Rose, 16, and Jack, 13, but now wants to ''close this chapter of his life'' by selling up, following his marriage to actress Amber Heard in February.

Sotheby's France chairman Alexander Kraft explained: ''Johnny has decided to sell the Plan de la Tour property to close this chapter of his life and move on. He hopes that someone else will enjoy the property as much as he did and bring him or her the same happiness it brought him.''

The 52-year-old actor reportedly spent £9 million renovating the 37-acre estate, which is near to St. Tropez in the south of the country, after buying it in 2001.

As well as the main house featuring 12 bedrooms, the estate features more than a dozen other buildings including several guest cottages, a café, a chapel, and a workshop, along with planted hillsides, a vegetable garden, two swimming pools and a skateboard park.

The family home is on the market for €23.056 million (£16.49 million), and includes all of the furnishings which the star decorated the small village with.

Alexander added: ''The estate is not a ritzy showplace, but an utterly charming family home that truly reflects Johnny Depp's unique character and taste. It's enchanting bohemian atmosphere sets it apart from many other major estates in Southern France and makes it truly one-of-a-kind.''