What will he do next?

While he may always keep a good mop of hair, a pair of nearly-round glasses, his signature facial hair and a load of jewellery handy, it's safe to say that Johnny Depp changes his look more often than most people change their bedsheets. And 2016 has been no different. 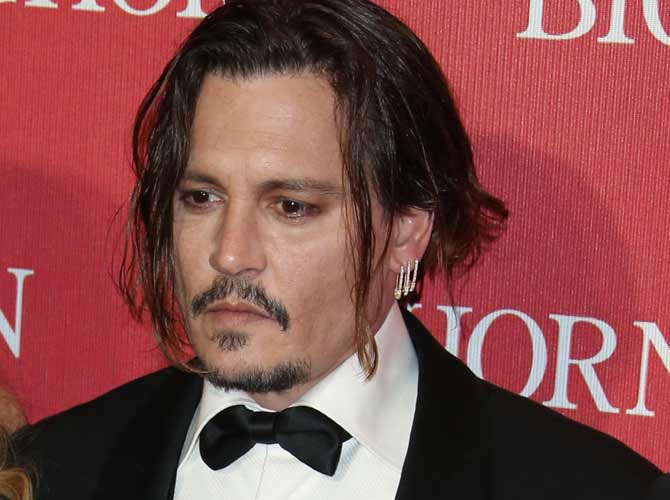 In fact, he's debuted a huge range of different looks on the red carpet since the New Year - indeed, he's been a very busy man what with filming 'Alice Through the Looking Glass' and 'Pirates of the Caribbean: Dead Men Tell No Tales', as well as working alongside Alice Cooper and Aerosmith's Joe Perry in the supergroup Hollywood Vampires, so that's a lot of looks to think about already.

Here are our top five Johnny Depps of the year:

1. Film Festival Johnny - Okay, so the year didn't kick off as good as it could've, hair-wise, at the 27th Annual Palm Springs International Film Festival, but he actually rocks the unwashed, awkwardly-cut hair-do fairly well - even if he does team it with a classic tux. It was definitely a stark contrast to wife Amber Heard's flawless golden curls. 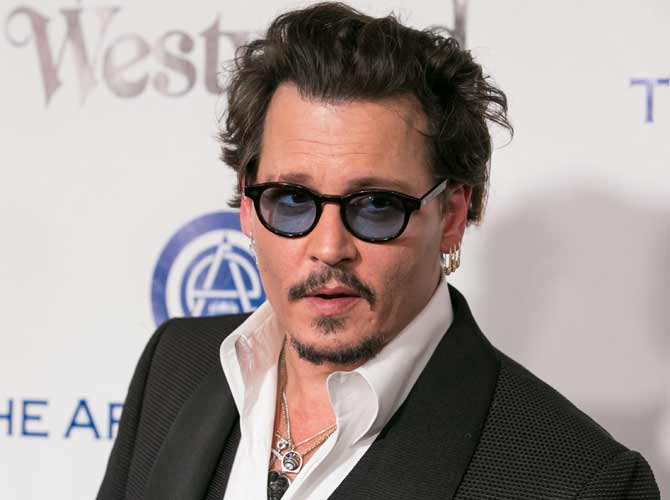 2. Tousled Fashionista Johnny - Again, he went for a messy look with the hair, though it definitely suits him shorter and fluffier. Obviously, he wasn't to be without his slightly oval tinted sunglasses, various necklaces and what looked like a set of safety pins through his ears, but it didn't look at all out of place at the The Art of Elysium 'Heaven' Gala hosted by Vivienne Westwood and Andreas Kronthaler Heaven Gala. 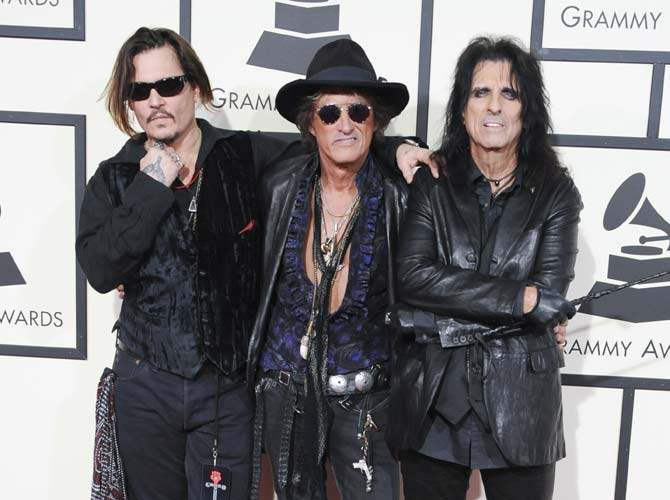 He went all out for his Hollywood Vampires look

3. Rockstar Johnny - He embraced his new rocker status at the Grammy Awards with his new band Hollywood Vampires, featuring Joe Perry of Aerosmith and Alice Cooper. This time he made sure he fit in with the other two by donning a velvet waistcoat, extra dangly jewellery and a huge bandana attached to his pants. He even opted for a new style of sunglasses, and left his hair openly untamed yet again. We love it. 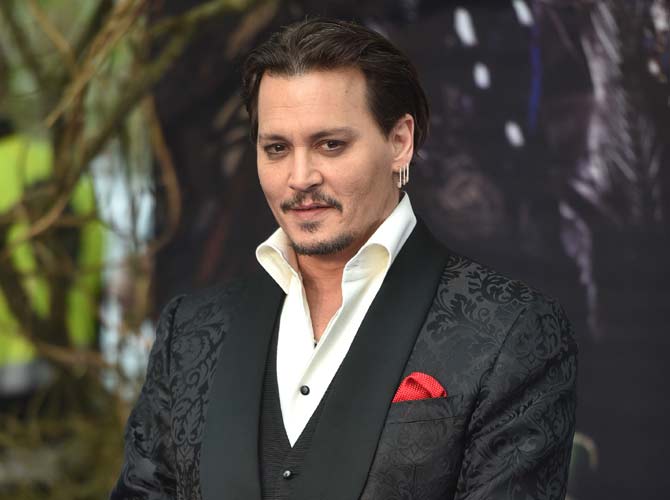 4. Vampire-esque Johnny - Depp looked more like the villain of the piece at the UK premiere of 'Alice Through The Looking Glass'; a black damask suit with a red kerchief, slicked back hair with an almost centre parting, and white shirt with an extra high collar. It's safe to say this is a gothic look no-one would complain about seeing again... 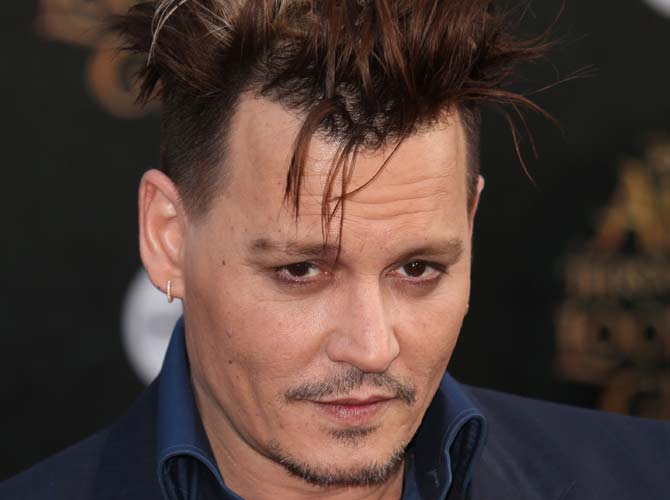 Johnny Depp has gone for a 90s throwback look lately

5. 90s Boyband Johnny - ... but we might have to wait a while because he seems to be loving his latest do; a short-back-and-sides with a difference. He's just a few dreads away from Justin Bieber's latest crop. Nonetheless, he's still extremely dashing and reduced Pink to a flustered mess when he appeared on the Jimmy Kimmel show recently and surprised her.

More: Watch the trailer for 'Alice Through The Looking Glass'