Johnny Depp's co-star, Lilla Crawford, has revealed he was like a father to her on the set of their new movie 'Into The Woods'. 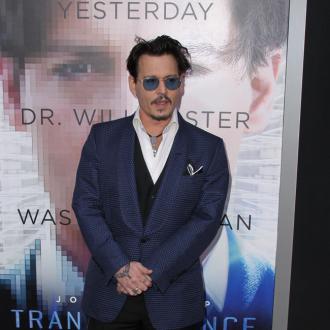 Johnny Depp's co-star has revealed he was like a father to her on the set of their new movie.

13-year-old Lilla Crawford - who stars as Little Red Riding Hood in the Disney film, 'Into The Woods' - said Johnny was happy to take the actress and Broadway star under his wing.

Lilla told PageSix.com: ''Johnny has two children, and he would always talk about them and seemed like such a great dad.

''He was so fatherly to me ... They accidentally dumped a bucket of leaves on my head and all the makeup and hair team came rushing over to me ... but Johnny was like, 'I got this,' and he started picking the leaves out of my hair one by one.''

The 51-year-old actor has two children from his previous relationship with Vanessa Paradis: 15-year-old Lily-Rose and Jack, 12 and he is currently engaged to actress and model Amber Heard.