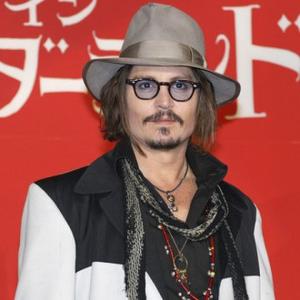 The 'Pirates Of The Caribbean: On Stranger Tides' actor - who has previously played guitar on tracks by Oasis and Shane McGowan - has struck up a Friendship with the Aerosmith rocker and says their collaboration is a "dream come true".

He told US TV show 'Extra': "We've been hanging out here and there. He's someone I've admired greatly for such a long time. The idea of writing songs with him is a dream come true."

Steven recently admitted he would love to see Johnny play him in a movie of his life and the 47-year-old actor would jump at the chance to portray the rocker.

Meanwhile, Johnny - who reprises his role as Captain Jack Sparrow in 'Pirates of the Caribbean: On Stranger Tides' - has admitted he was pleased Rolling Stones guitarist Keith Richards agreed to return to the franchise as Captain Teague - because spending time with the legendary musician makes him feel like he is in a rock band.

He said: "To be able to bring him back into the 'Pirates' fold, where he most certainly belongs, was a gas.

"Just spending a couple days sharing a trailer, it was as close, I suppose, as being in a rock 'n' roll band with him as you can get."