Terry Rossio, who has worked on all five 'Pirates' films, claims that his idea for 'Dead Men Tell No Tales' was rejected because Depp didn't want it to contain a female baddie.

A screenwriter for the lucrative Pirates of the Caribbean film franchise has claimed that his script idea for the forthcoming fifth instalment Dead Men Tell No Tales was rejected by the movie’s star Johnny Depp, on the basis that it featured a female villain.

Writer Terry Rossio, who has credits on all five of the Pirates of the Caribbean films, has written on his personal blog this weekend that he believes his proposal for Dead Men Tell No Tales – which is known as Salazar’s Revenge outside of the U.S. – was “set aside” by the Disney studio because Depp wasn’t happy with the idea of a female villain, because of a previous film he had worked on called Dark Shadows. 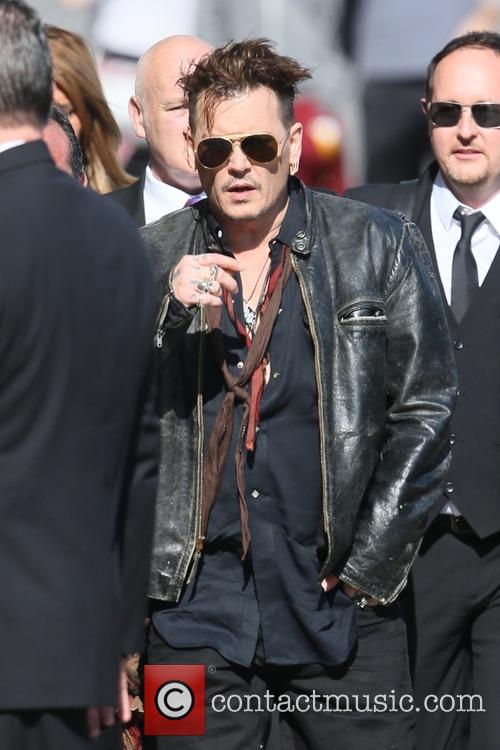 Johnny Depp pictured in May 2016

“Sometimes it just takes a single decision by a single person, often just a whim, to destroy years of story creation and world-building.”

Interestingly, for long-term fans of the swashbuckling films, the post-film credits of the last movie On Stranger Tides did indeed seem to set up the potential for a female villain in the form of Penelope Cruz’s character Angelica Teach.

Rossio, who has been nominated for awards for his script work on the likes of Shrek and The Lone Ranger in addition to the massively successful Pirates of the Caribbean, uses his personal blog to reveal the inner workings and struggles of trying to get a script accepted in the modern film industry.

53 year old Depp is reprising his iconic role of the swaggering Captain Jack Sparrow in the film, which is set to be released in the U.S. this Friday (May 26th). It has thus far received some pretty poor reviews from around the internet.

More: Financial managers sensationally claim that Johnny Depp uses an earpiece so he doesn’t have to learn lines during film appearances