Johnny Depp loves working with Penelope Cruz because they have so much fun together. 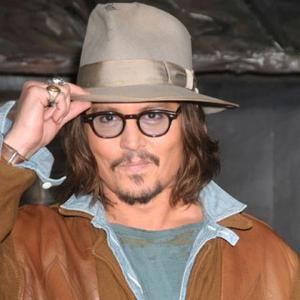 The actor - who has worked with the Spanish beauty on 'Blow' and 'Pirates Of The Caribbean: On Stranger Tides' - can't believe how easygoing the actress is and loves filming with her.

He said: "It's been a long road of giggles. There's nothing bad to say. I've even tried to provoke her into some fit of anger, it doesn't work, I get nothing. Giggles, more giggles."

Penelope and her husband Javier Bardem became parents to son Leo in January and Johnny - who has two children with partner Vanessa Paradis - says the actress is a "phenomenal" mother.

He gushed: "She's an inconceivably phenomenal mommy, which I've witnessed firsthand, and it's pretty incredible. She's as loyal and true a friend as anyone could ever dream of and I'm very privileged to be able to have her in my life."

She said: "I came to Los Angeles for the first time in 1994. I spoke no English. I only knew how to say two sentences. One was, 'How are you?' The other was, 'I want to work with Johnny Depp.'

"In the last 10 years I've worked with him twice, and that has improved my English."