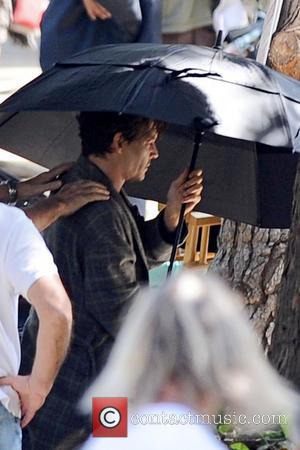 He's one of the most recognisable faces in the world and quite possibly the biggest movie-star of the moment, but when he put on his face-covering make-up for his role as Tonto in The Lone Ranger Johnny Depp was rendered unrecognisable to a number of people on the set of his new film, including some he's known for years.

The actor was speaking to MTV this week when he remembered that the first time make-up artist Joel Harlow transformed him into his next on-screen character that Jerry Bruckheimer, the movie's producer and the man who has worked with Depp throughout the Pirates of the Caribbean franchise, didn't have the faintest idea that it was him behind all that make-up.

"Joel Harlow built the makeup and he came over and took some pictures," Depp said in his featurette for MTV, with Harlow adding, "I took those photographs to Jerry Bruckheimer, Johnny showed it to Jerry and Jerry said, 'This is great; who is this?'"

One person who knew exactly who it was though was the film's star Armie Hammer, who plays the titular Ranger and has since admitted how star-struck he was when he first recorded scenes with Depp. He also discussed with MTV how excited he was when he first got to try on his signature disguise, saying, "the first time I put on the mask, I put it on just thinking, 'This is going to be cool.'"

From director Gore Verbinski, The Lone Ranger is an updated re-telling of the classic tale of America's first masked avenger that stars Hammer as the former Texas Ranger John Reid who teams up with Depp's Native American Tonto to fight for justice in the Wild West and must work together to stop he impending threat of the sinister Butch Cavendish (William Fichtner). The Disney flick hits cinemas on July 3 in the US and August 9 in the UK and Ireland.

Check out more images from The Lone Ranger 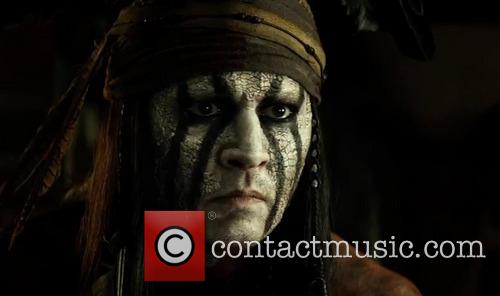 Depp appears as Tonto in the new film

Armie Hammer appears alongside Depp as The Lone Ranger