This was a reference to the Australian minister who ordered his two dogs, Pistol and Boo, to be deported or risk being put down.

Johnny Depp responded to the fiasco surrounding his dogs and the Australian Agriculture Minister Barnaby Joyce with some rather dark humour. The actor was asked a question about the incident earlier this year, and replied that he had “killed” his pets and “ate them”.

Depp was speaking at a press conference for his new movie Black Mass, which is being shown at the Venice Film Festival, on Friday (September 4th). He sarcastically said: “I killed my dogs and ate them under direct orders from some kind of, I don't know, sweaty, big-gutted man from Australia” when he was asked if he was going to take his pets on a gondola ride in the city. 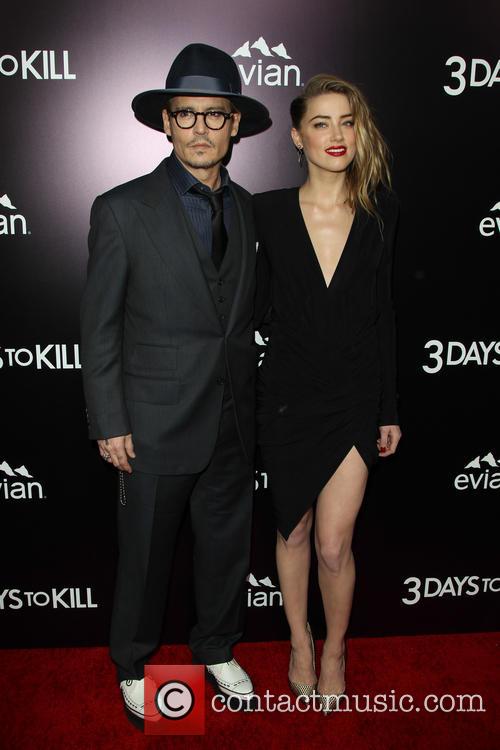 In July, Depp’s wife Amber Heard was charged by government minister Barnaby Joyce of illegally smuggling their two Yorkshire terriers, Pistol and Boo, into the country. Heard had been visiting her husband, who has been shooting the fifth instalment of Pirates of the Caribbean on the Gold Coast this summer.

The Australian minister said that the dogs should “b***** off back to the United States”, handing Depp a warning of 50 hours’ notice to remove the dogs or risk them being put down. Depp was said to have smuggled the animals aboard his private plane when he arrived Down Under on April 21st.

52 year old Depp had injured his hand on set in March, and was forced to return to the States for surgery. When he returned the following month, Depp and Heard were said to have violated the country’s strict animal importation laws by not gaining the requisite permits or putting them in quarantine for any period.

Pistol and Boo’s presence in the country was only detected when they were photographed at a grooming salon. In July, 29 year old Heard was charged with two counts of illegally smuggling the dogs into the country on the private jet, and one of producing a false document. She was issued with a summons to appear in a Queensland court this Monday (September 7th), though it isn’t known whether she’ll attend in person. If authorities decide to inflict the maximum punishment, she could face imprisonment of more than 10 years.

More: Orlando Bloom returning to ‘Pirates of the Caribbean’ for fifth film