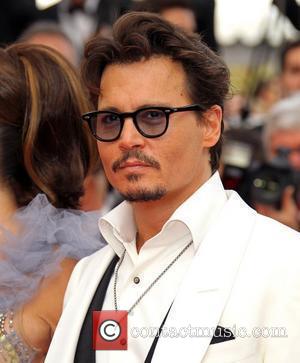 Johnny Depp has revealed that he shares his ancestors with the Queen after a researching genealogist concluded that the pair were cousins, twenty times removed.
Hollywood actor, Johnny Depp, found out that he is descended, whilst from farmers also, from the Deppes family, who were French Huguenots living in 14th Century England. Dr Nick Barratt, who works on the British version of 'Who Do You Think You Are?', told the Sunday Mirror: 'You have to go back more than 500 years to reach the point where his ancestors become royal.' After researching Depp's family tree, Dr Barratt found that one branch of his ancestors were descended from Sir William Gascoigne and his wife Margaret Percy; aristocrats who lived in Yorkshire in the 15th Century. Margaret had actually been a direct descendent of King Edward III, to whom the Queen is his great-granddaughter, 17 times removed.
In an ironic twist of fate, whilst the Queen was born into one of the world's wealthiest families, Depp was actually born in Kentucky. Dr Barratt further stated: 'I believe the balance of probability is that there is indeed a link between Depp and the ¬royals - though I doubt we'll ever be able to prove it 100 per cent.'
Johnny Depp is currently starring in the fourth instalment of the 'Pirates of the Caribbean' franchise. 'Pirates of the Caribbean: On Strangers' Tides', also featuring Geoffrey Rush and Penelope Cruz, opens in cinemas next week.