Johnny Depp feels he ''owes'' the fans of 'Pirates Of The Caribbean' a fourth movie because of how complex the second and third films were. 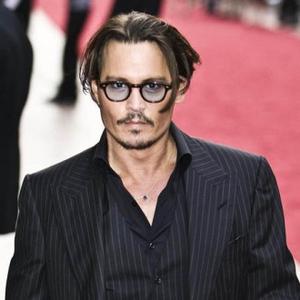 Johnny Depp felt he "owed" fans a fourth 'Pirates Of The Caribbean' movie.

The second and third films in the swashbuckling franchise were heavily criticised on release, but the actor - who plays lead character Captain Jack Sparrow - believes the latest instalment, 'Pirates of the Caribbean: On Stranger Tides', won't disappoint.

He said: "The thing with 'Pirates 4', I felt like we owed it to people.

"'Pirates 2 and 3' became quite sub-plotty. The mathematics of it.

"All these people went to see them two or three times just to figure out what was happening. This one is a little closer in tone to the first, more character driven, more subject driven. It has a freshness. Less mathematics."

Director Gore Verbinski was unable to return for the latest film, but Johnny loved working with filmmaker Rob Marshall - best known for musicals 'Chicago' and 'Nine' - on the new movie.

He explained to Empire magazine: "Rob is so sensitive to what is going on in the frame. If he senses bulls**t, he'll call a person on it. Politely of course. He can feel the over-acting.

"He's brought this incredible timing. Especially because of his background - you can be a millisecond out and he calls you on it."