Johnny Depp collects celebrity dolls and has one of Lindsay Lohan with an electronic tag on her ankle. 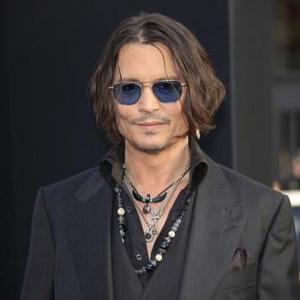 Aside from acting the movie star's passion is accumulating star figurines.

A source close to the 49-year-old thespian told the Daily Star newspaper: ''He owns dozens of limited edition Barbies.

''He's also got dolls based on BeyoncÃ© and Destiny's Child, the 'High School Musical' cast, New Kids On The Block, Elvis and even Donny Osmond.''

The insider continued to explain that Johnny has even accessorises his dolls to reflect the goings on of showbiz news stories.

The revealed: ''The weirdest one is a Lindsay Lohan, complete with ankle monitoring bracelet from when she was under house arrest.''

The strange hobby could help the 'Pirates Of The Caribbean' actor take his mind off more serious matters.

His mother was recently hospitalised.

Betty Palmer was admitted to Cedars-Sinai Medical Centre in Los Angeles where she is being treated in the facility's respiratory intensive care unit.

This is the latest blow for him following his split from Vanessa Paradis, the mother of his two children, Lily-Rose, 13, and 10-year-old Jack, after 14 years together.