Johnny Depp has bought his girlfriend Amber Heard a commitment ring fuelling speculation they could be set to marry. 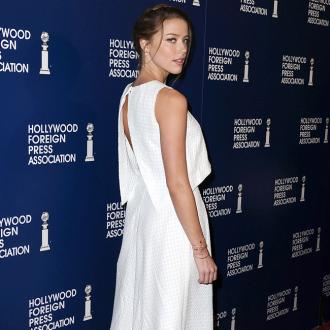 The 50-year-old actor, who has been dating the blonde beauty, 27, for two years, has fuelled speculation that they are set to marry after buying her a bespoke platinum, black pearl and diamond ring which Amber wears on her engagement finger.

A source told The Sun newspaper: ''It's a commitment ring and has an inscription on the inside in tiny writing which is a love note from him to her. No one's seen him this head-over-heels ever, he's like a different guy.

''All his angst has gone and for once he seems anchored and happy. They're starring in a film together later this year and wherever she goes, he goes. They're never apart for long now.''

The actress was seen hiding the finger of her left hand as she entered a Los Angeles restaurant on Monday (13.01.14).

According to E! News, Amber and another woman dined at Ago, and as she left the star did everything she could to hide the ring from waiting photographers.

Amber and Johnny first met when they starred in 2011's 'The Rum Diary' but didn't get together until after the breakdown of his 14 year relationship with Vanessa Paradis, with whom he has Lily Rose,14, and Jack, 11.

Johnny and bisexual Amber's relationship has not always been plain sailing, and she originally ended their romance after deciding she wanted to be single.

But Johnny was undeterred and sent her a personally-penned poem and a bouquet of roses every day for a month to convince her to give him another chance, before flying her to The Bahamas for a romantic break.