He loves the whole transformation process of acting.

On the festival circuit this autumn, Johnny Depp has been earning some of the best reviews of his career playing mobster James "Whitey" Bulger in the true drama Black Mass. But his efforts to get under Bulger's skin rankled some of the victims, who don't like to think that Bulger had a more complicated side to him. 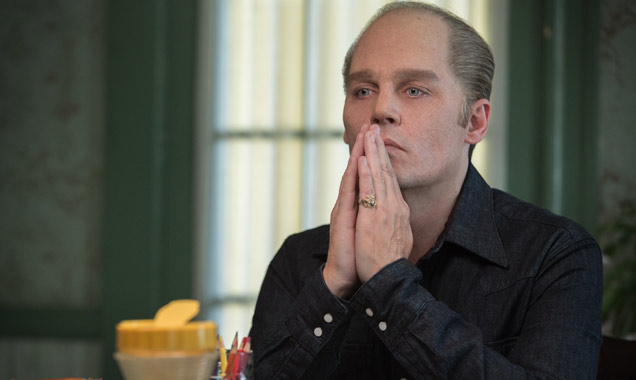 To get into character, he started with the appearance. "It was very, very important to look as much like Jimmy Bulger as humanly possible," he says. "My eyeballs are black as the ace of spades, so clearly the blue contacts needed to be piercing. They needed to cut right through you."


From the start of his career, Depp's goal was to become an actor who could transform into other people. "Then I got stuck in a TV series," he laughs, referring to the 1980s cop show 21 Jump Street. "It put me on the map, but it was very frustrating because you realise you end up saying more of someone else's words in the span of a year than you get to say your own, especially when they're badly written words! My heroes were John Barrymore, Lon Chaney Sr and certainly Marlon Brando, Timothy Carey, John Garfield. I always wanted to try to be a character actor more than the poster boy they tried to make me."

To play Bulger, Depp says the hardest thing was "trying to ride the tightrope between what is true, what is considered true and what is, obviously, very very true for the victims and their families. No matter how good that person is deemed, no matter how bad that person is deemed by anyone and everyone, my responsibility was to do my best to represent him in a human light."