Johnny Depp makes sure he doesn't spend any longer than 183 days at his home in the South of France to avoid paying tax to the government. 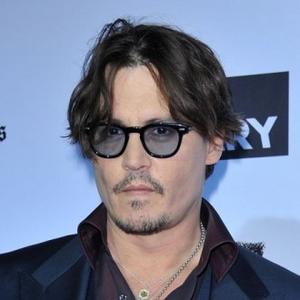 Johnny Depp has confessed he avoids paying tax in France.

The 'Pirates Of The Caribbean' actor makes sure he doesn't spend longer than 183 days at his home in the South of France to ensure he doesn't have to make a payment on his earnings to the government and he also doesn't want to give up his US citizenship by becoming a full-time resident in the European country.

Speaking about the legal practice, he is quoted by The Sun newspaper as saying: "If I spend more than 183 days in France I have to start paying income tax there.

"So I live between wherever I am on location and the States. France wanted me to become a permanent resident for money.

"But permanent residency status changes everything. I'm not ready to give up my American citizenship."

The 48-year-old star - who has two children, daughter Lily-Rose, 12, and son Jack, nine, with his long-term French partner Vanessa Paradis - has previously admitted he prefers spending time at his French home rather than in Hollywood because he can relax.

He said: "We have a great place in the south of France. It's a little hamlet - only about 45 acres - and I don't do anything.

"I've not left the property for three months at a time. I literally just wake up, go out, check the garden and see the vegetables growing. It's a pristine existence in terms of simplicity."