But Bill Murray’s ‘Rock The Kasbah’ tops the list compiled by Forbes.

A-listers including Johnny Depp, Bradley Cooper and George Clooney all had one unfortunate thing in common this year. All three stars have films included in 2015’s list of biggest box office flops. The list, compiled by Forbes, takes into account the films' worldwide gross against their estimated production costs. 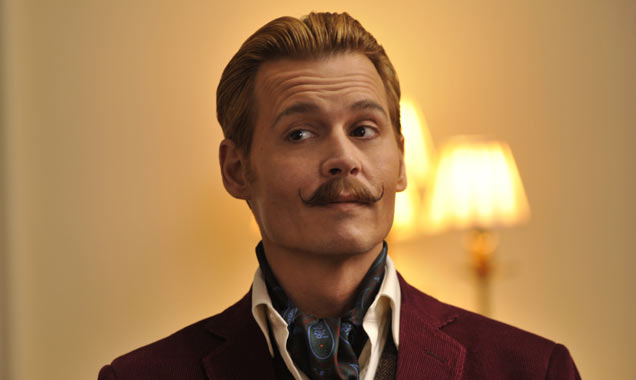 Johnny Depp’s Mortdecai has made the list of 2015’s biggest flops.

Topping the list is comedy Rock the Kasbah, starring Bruce Willis, Kate Hudson and Zooey Deschanel. The film only took $2.87m at the box-office but cost an estimated $15m to make, giving it only a 19.13% return on its budget.

More: Alice Is Playing For Time In Wonderland Sequel 'Alice Through The Looking Glass' [Trailer + Pictures]

Rock the Kasbah is followed closely by The Gunman starring and co-written by Sean Penn. It made $10.7m at the box office and cost a reported $40m to make. At number three is crime thriller Blackhat starring Chris Hemsworth, which only had a 27.71% return on its $79m budget.

We Are Your Friends starring Zac Efron was one of the year’s biggest misses at the box office, taking just $3.6m. However it only ranks at number eight on the list thanks to its relatively small budget of $6m.

Johnny Depp’s heist comedy Mortdecai, which co-starred Gwyneth Paltrow, ranked in 10th place with box office takings of $47.3m and a budget of $60m. The film had an estimated 78.83% return on its budget.

More: Why Doesn't Johnny Depp Want To Win An Oscar?

Tomorrowland starring George Clooney cost a massive $190m to make, but only took $209.m at the box office. The Disney fantasy adventure did however make a 110.00% return on its budget. Other films featured on the list include Cameron Crowe's Aloha, starring Bradley Cooper and Pan featuring Hugh Jackman as pirate Blackbeard.