Around two dozen people attended the newlyweds' second wedding ceremony that took place on the beachfront of the groom's private island in the Bahamas.

Although many A-List stars were in attendance for Sunday evening's (Feb 8th) Grammy Awards in Los Angeles and the BAFTAs in London, Johnny Depp and Amber Heard were enjoying their wedding ceremony on the Hollywood actor's private island in the Bahamas. 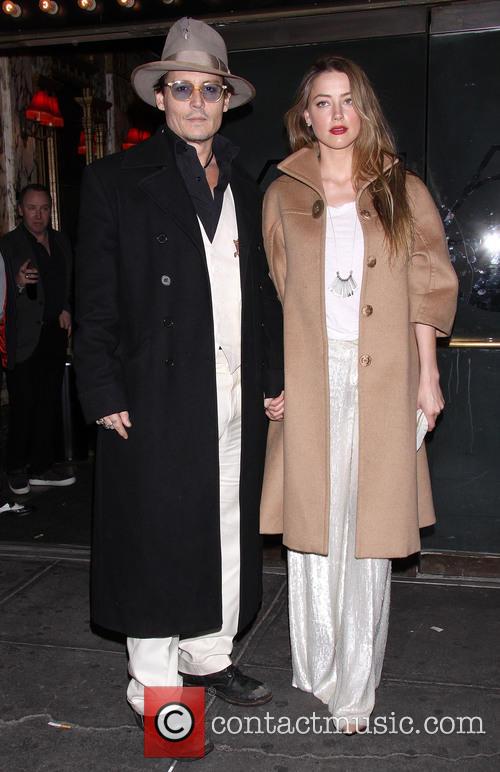 The acting duo, who officially tied the knot in Depp's West Hollywood home on Tuesday, Feb. 3, were married for a second time on the tropical Island, Little Hall's Pond Cay, in a beachfront ceremony that was attended by two dozen of their closet family and friends, People magazine reports.

"Johnny's private island is a tropical paradise. Wedding guests were treated to an amazing weekend that ended with a romantic beach ceremony," a source told the mag. "Guests relaxed on the beaches, had fun snorkelling and enjoyed food cooked by private chefs. Everyone seemed to have the best time. It was a very celebratory vibe."

Heard wore a traditional long-sleeved white wedding gown for the happy occasion, whereas Depp sported a white tuxedo jacket and black pants. The pair said "I Do" once again under a white marquee decorated with flowers.

"The weather was perfect and the beach setting was gorgeous," the source added. "The ceremony was beach casual and intimate, yet very romantic."

Depp and Heard, who threw their engagement party at Los Angeles' Carondelet House last March, first met during filming the 2011 drama 'The Rum Diary' and it has been speculated the acting duo have dated since the summer of 2012.

This will be Depp's second marriage as he tied the knot with makeup artist Lori Anne Allison from 1983 to 1985. The 51 year-old was also in a fourteen year relationship with Vanessa Paradis, and they have two children together, Lily Rose and Jack. The pair announced their 'amicable' split in June 2012.

Prior to Depp, Heard was in a four year relationship with photographer Tashya van Ree, which ended in 2011.