Tabloid speculation had held that the pair were on the verge of breaking up, but the actors were spotted together in Brisbane on Tuesday.

Johnny Depp and Amber Heard have been spotted together in public for the first time since their marriage in February, putting rumours of an imminent to split to rest. The actors were photographed holding hands together in Brisbane, Australia, where Depp is filming the latest Pirates of the Caribbean movie.

On Monday, People magazine reported that their marriage was in trouble, in a story that has now been taken down from its website. An unnamed source close to the couple told E! News on Tuesday that, to the contrary, are still “very much in love with each other”. 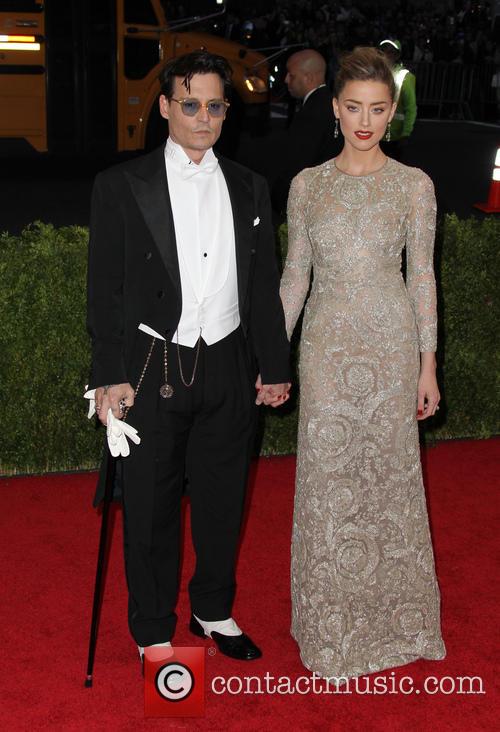 “They've always been together,” the source said. “They travel for work then come home. They live together and are very much in love, despite what's being said about breakup rumours.”

More: Johnny Depp injured on the set of ‘Pirates’ – returns to the US for surgery

The pair, who met on the set of The Rum Diary in 2011 and started dating the following year, got married in a private ceremony at their Los Angeles home on February 3rd this year. But, recent tabloid speculation had suggested that they had been leading separate lives – though that seems to have been based on nothing more than their filming commitments on different sides of the world.

The source said that 51 year old Depp and 28 year old Heard, like all married couples, are known to clash occasionally. “They are very much in love with each other, but because of their strong personalities and opinions, they do argue a lot.”

Depp is currently shooting the fifth instalment of the Walt Disney franchise Pirates of the Caribbean, called Dead Men Tell No Tales. He began shooting it in February, but had to return to the States for surgery on his hand in March having injured himself on the set. The new film should see a recovery from his much-publicised drop in form recently, following box office disappointments Mortdecai earlier this year and Transcendence in 2014.

At the same time, Heard’s work has taken her to London, for the filming of her new film The Danish Girl, and to New York, where she debuted two movies (The Adderall Diaries and When I Live My Life Over Again) at the Tribeca Film Festival last week.