'The Rum Diary' co-stars celebrated their engagement with a mix of high-profile celerities and close family members. 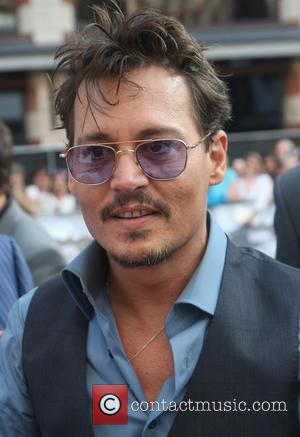 The Hollywood couple were joined by an array of A-List guests at the luxurious Carondelet House.

They arrived roughly an hour after the party's guests, which included Marilyn Mason, Steven Tyler, Jerry Bruckheimer, Mandy Moore, Ryan Adams, and Andy Garcia, to name a few, and greeting them all around 9pm.

An insider told Us Weekly that the future bride wore a white-silk, spaghetti-strap "vintage dressy" attire, while wearing her blonde hair down.

The 'Pirates of the Caribbean' star sported a much simpler casual black suit with a matching top hat.

Arriving with the pair were Heard's sister and Depp's 11 year-old son, Jack, along with Vanessa Paradis, Johnny's ex-partner.

Another source told E!News that the party's invites wear in a black envelope with the initials 'A' and 'J' printed on them, with a golden ticket inside.

News surfaced that Depp proposed to Heard this past January after two years of dating.

They met during filming the 2011 drama 'The Rum Diaries' and it has been speculated the acting duo have dated since the summer of 2012.

This will be Depp's second marriage as he tied the knot with makeup artist Lori Anne Allison from 1983 to 1985.

The 50 year-old was also in a fourteen year relationship with Vanessa Paradis, and they have two children together, Lily Rose and Jack. The pair announced their 'amicable' split in June 2012.

Prior to Depp, Amber was in a four year relationship with photographer Tashya van Ree, which ended in 2011. 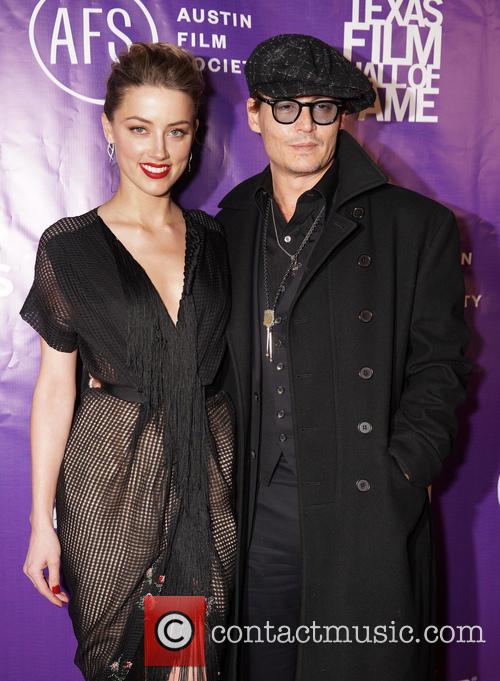 Depp and Heard have been dating for two years