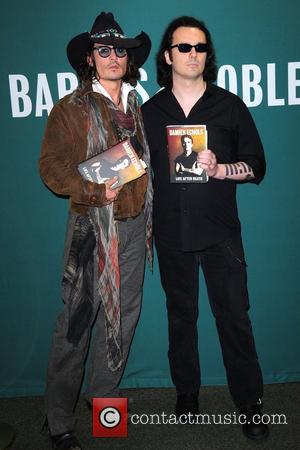 Johnny Depp has announced that he is to launch a new publishing imprint, named Infinitum Nihil (which translates as ‘nothing is forever’). Depp’s latest venture will be housed by Harper Collins, the publishing giant and the Lone Ranger star already has two books in the pipeline: a Bob Dylan biography and a recently discovered Woody Guthrie novel.

It’s the perfect venture for Depp, who has set himself out as something of a rarity in Hollywood, carving a niche in Tinseltown’s intelligentsia; a successful, blockbuster movie actor with a cultured side, who has managed to shake off the seedier drug associations of his earlier career.

The Bob Dylan biography will be entitled The Unraveled Tales of Bob Dylan and according to The Washington Post, the book aims to “set the record straight on the songwriter’s enigmatic life and career and will be based in part on interviews with Dylan by best-selling historian Douglas Brinkley.” The Woody Guthrie book will also involve both Dylan and Brinkley, who will act as editors on Guthrie’s 1947 novel The House of Earth. The publication of the Guthrie novel is scheduled for January 2013, whilst the Dylan book will not be expected until 2015.

Depp said in a statement “I pledge, on behalf of Infinitum Nihil, that we will do our best to deliver publications worthy of peoples’ time, of peoples’ concern, publications that might ordinarily never have breached the parapet. For this dream realized, we would like to salute HarperCollins for their faith in us and look forward to a long and fruitful relationship together.”