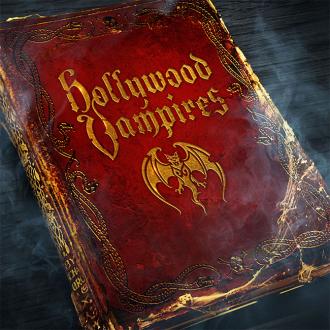 The group, which also features Joe Perry, have announced they will perform two shows at The Roxy in West Hollywood on September 16 and 17, having previously announced an international performance at Rock in Rio festival in Brazil for later in the month.

As well as the trio of musicians, the band will be joined by a band of other talents including former GUNS N' ROSES drummer and bassist, Matt Sorum and Duff Mckagan, one of Alice's many collaborators, Tommy Henriksen on guitar, and Johnny's former The Kids bandmate Bruce Witkin on piano and guitar.

The shows will be preceded by the rockers' eponymous album - raising money for the MusiCares foundation - which is set to be released on September 11 with features from Sir Paul McCartney, Dave Grohl and Slash among other stars.

Prior to their show in Rio de Janeiro, the band will partner with Starkey Hearing Foundation - which provides 1.8 million free hearing aids to people in over 100 countries each year - to give 150 people hearing aids, allowing them to listen to music for the first time in their lives at the show.

Founder of the foundation, Bill Austin, commented: ''Hearing connects us to life, our families and to the world around us.

''It's a precious gift, and we are excited to work with the Hollywood Vampires to introduce so many to the world of sound and help them hear music for the first time.''