Has Johnny Depp Taken A Dig At Amber Heard And Altered His Tattoo?

Johnny’s inked tribute to his estranged wife appears to have undergone an alteration.

Johnny Depp appears to have made his feelings about estranged wife Amber Heard very clear, by altering the tribute tattoo he had inked for her. The tattoo, which goes across Depp’s right knuckles, originally spelled out Heard’s nickname ‘Slim’, but it now appears to read ‘Scum’. 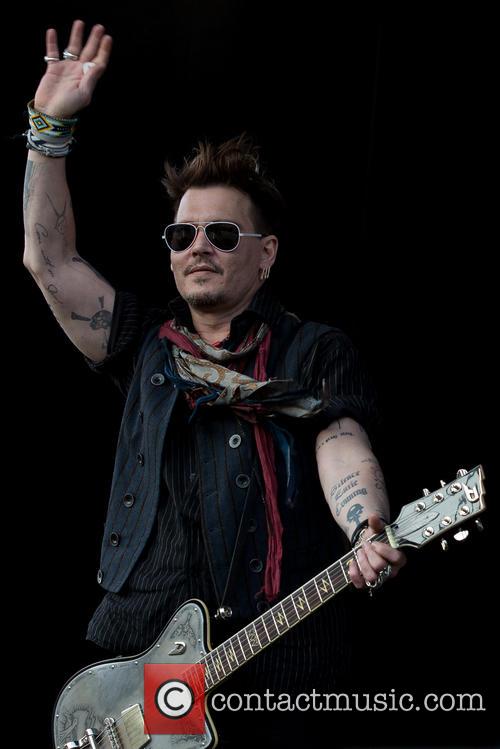 Johnny Depp appears to have altered his Amber Heard tattoo.

Recent pictures of Depp, obtained by gossip site TMZ, show that the L now looks like a C and the I has been turned into a U. Depp got the inking last year, shortly after the couple’s wedding. Heard and Depp announced their separation in May and shortly after Heard accused her ex of domestic abuse and was granted a temporary restraining order.

Depp also appears to have had the portrait of Heard, which was on his right bicep, covered up with dark ink. It’s not the first time Depp has been forced to alter one of his tattoos after a relationship ended. After splitting from Winona Ryder in 1993, his ‘Winona Forever’ tattoo was altered to ‘Wino Forever’.

Last week Ryder came to her former boyfriend’s defence following Heard’s allegations. Speaking to Time magazine Ryder said: “I can only speak from my own experience, which was wildly different than what is being said. He was never, never that way towards me."

“Never abusive at all towards me. I only know him as a really good, loving, caring guy who is very, very protective of the people that he loves. I wasn’t there,” she added. “I don’t know what happened. I’m not calling anyone a liar. I’m just saying, it’s difficult and upsetting for me to wrap my head around it.”