A fifth 'Pirates Of The Caribbean' movie has been scripted but Johnny Depp has not signed up because he has yet to read it. 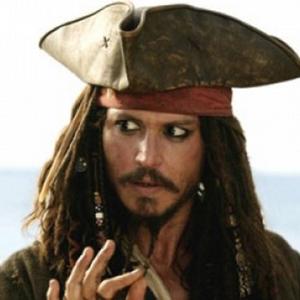 Johnny Depp has not yet signed up to the fifth 'Pirates Of The Caribbean' movie.

Screenwriter Terry Rossio has entered his first draft of the film - without Ted Elliot, who wrote the first four scripts - to Disney, but lead actor Johnny has not currently agreed to star.

He told The Hollywood Reporter: "It boils down to story, script and filmmaker. It's not something where I would say, 'Let's shoot it next month to get it out by Christmas 2012. We should hold off for a bit.

"They should be special, just like they are special to me."

The first three films have grossed more than $3 billion worldwide, and the fourth instalment 'Pirates of the Caribbean: On Stranger Tides' is soon to be released.

Johnny also confirms he has not seen the latest script, but is not averse to taking n Captain Jack Sparrow for the fifth time.

The latest version of the project stars Penelope Cruz and Geoffrey Rush, and was directed by Rob Marshall.