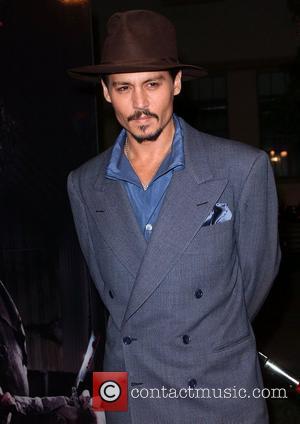 Johnny Depp adopted the name RAY when tragic journalist Hunter S Thompson asked the movie star to act as his road manager and minder on one of his final book tours. The actor, who portrayed Thompson's RAOUL DUKE in Fear And Loathing In Las Vegas and will play the writer himself in THE RUM DIARY, became a confidante to the legendary journalist in his final years and once turned his back on Hollywood to follow his hero and friend across America. Depp recalls, "He'd introduce me to people as Ray and they would be like, 'It's Johnny Depp!' And he would say, 'No, his name is Ray.'" During the book tour, the movie star got a glimpse of the agony Thompson was in due to a back injury. The pain eventually prompted the writer to take his own life in 2005. Depp adds, "He was just a mess, really in such physical pain. You could see how hard it was for him to cope with that."