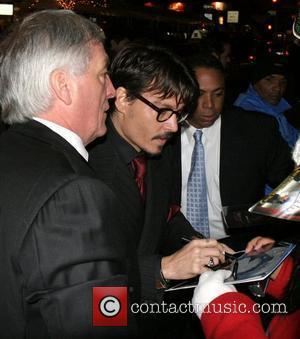 Kind-hearted Hollywood actor Johnny Depp has vowed to help a British girl who is fighting for her life after spending five months in a coma. The parents of 17-year-old Sophie Wilkinson from Southampton, England, who was critically injured in a car crash last year (07), wrote to the Pirates of the Caribbean star as he is their daughter's favourite actor - and Depp was so moved by their plight he resolved to help. Depp has agreed to record a voice message for the teenager which will be played to her in the hope it will help bring her out of the life-threatening coma. He also agreed to try to visit the stricken teen at Southampton General Hospital. And Sophie's father Andrew was delighted the star offered to give up his time to help. He says, "We are looking for the key to wake her up, so we wrote to Johnny and he said he would do the recording in the voice of (his Pirates of the Caribbean character) Jack Sparrow. "Only this week Sophie moved her right leg, which she has never done before. When we got home my wife and I were jumping for joy!"