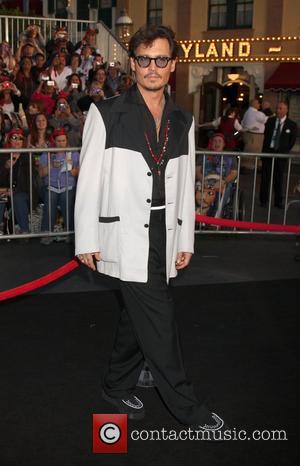 Johnny Depp caused hysterics on the set of the new Pirates Of The Caribbean movie by forcing Penelope Cruz to dress up as a rude character from hit animated TV show South Park.
The actors are both big fans of the comedy series and after losing a bet with Depp, Cruz had to perform an odd forfeit which involved her donning a crass costume in front of their co-workers - and she fears his pictures will one day surface online.
She explains to Britain's Daily Mirror, "Johnny and I are both fans of South Park and the character Mr Hankey the Christmas Poo. It's absurd but very funny. Johnny made this outfit for me and we had a bet which I lost. And I had to wear the Poo outfit on the set.
"He was on the floor laughing and crying and he took a thousand pictures of me which I hope never come to light. But, of course, now that I've said it, I'm sure they will appear somewhere."