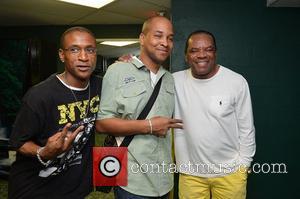 Veteran comedian John Witherspoon has laughed off false rumours of his demise after he was 'killed off' in a sick online hoax.
The Friday star hit headlines on Thursday (09Aug12) after "Rip John Witherspoon" became one of the most talked-about topics on Twitter.com as users flooded the social networking site with tributes to the actor.
His biography on Wikipedia.com had also been updated to reflect the apparent loss, but Witherspoon took to his Twitter page late on Thursday to assure fans he is alive and well in Fort Lauderdale, Florida.
He tweeted, "What the Hell y'all talking bout on Here?!?!? I ain't 'DEAD' I'm in Ft Lauderdale at the Hard Rock Cafe Gettin dat (that) Paper... (working for money) S**iiit, I'm too busy Gettin this money 2 die haha (sic)."
The 70 year old's Wikipedia page has been subsequently corrected.

I usually don't like sequels. The mind-numbing rehash of characters; the bad puns that...