The actress has released a statement explaining Travolta's Oscars greeting

Did you think John Travolta was being inappropriate, creepy and weird around Scarlett Johansson at the Oscars? Yes, so did everyone else. But it turns out that we were all very, very wrong. 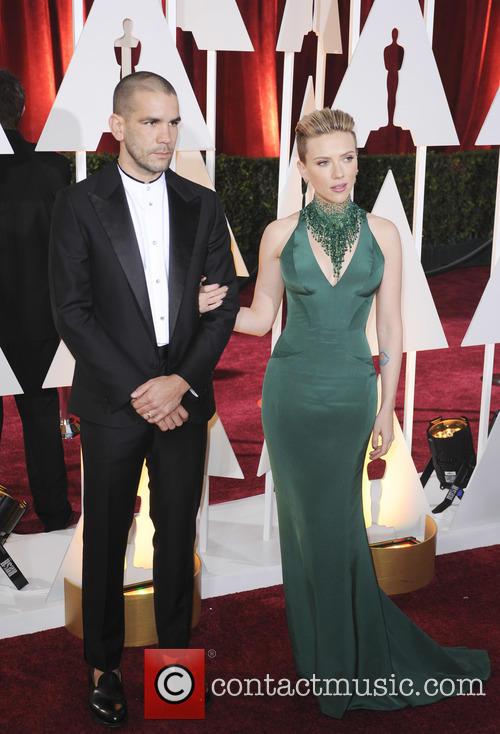 Scarlett Johansson definitely looked happier to be with her husband, Romain, than Travolta

What we were actually witnessing, it turns out, was a "very sweet and totally welcome" gesture.

We can’t imagine how much he paid her to say that, either. But say it Scarlett has and she has actually released the words in a very public statement.

She told the Associated Press on Thursday, in an apparently unprompted statement: "The image that is circulating is an unfortunate still-frame from a live-action encounter that was very sweet and totally welcome.

MORE: Scarlett Johansson To Star In Ghost In The Shell

"That still photo does not reflect what preceded and followed if you see the moment live. Yet another way we are misguided, misinformed and sensationalised by the 24-hour news cycle.

"I haven’t seen John in some years and it is always a pleasure to be greeted be him."

This is, of course, not the only awkward encounter that Mr Travolta has had to explain from the Oscars with last year’s uncomfortable cupping of Idina Menzel’s face requiring clarification from his agent that it was "rehearsed in total".

If these are both normal instances in the world of Mr Travolta, we’d hate to see what something unusual looks like.