Lindsay Lohan has been introduced to Scientology by her 'Gotti: Three Generations' co-star John Travolta, reports have claimed. 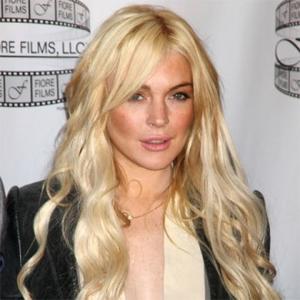 The 57-year-old actor â who is a devout follower of the bizarre sci-fi cult â has suggested the troubled star should give the religion a shot in the hope it will get her career and life back on track.

John is believed to have given the 24-year-old actress the advice after the pair both signed on to play lead roles in new mobster movie 'Gotti: Three Generations', and the 'Saturday Night Fever' star told producers he would Lindsay "under his wing".

An insider told The National Enquirer magazine: "Even though producers were hesitant to hire Lindsay because of her troubled past. Travolta assured them he'd take her under his wing.

"He feels confident he'll be able to keep her on the straight and narrow â¦ now and forever."

Lindsay â who is to begin court-ordered community service next week â has reportedly promised John she will attend a Church Of Scientology induction course.

The source added: "John introduced Lindsay to one of the church's top counsellors and â even though she's been cast in a new role and won't play the star's daughter in the flick â she's assured him she'll still attend the series of induction classes that will make her a Scientologist."