John Travolta's wife, Kelly Preston, used to get upset when his former co-star, Kirstie Alley, flirted with him. 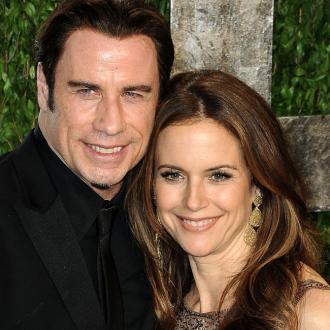 John Travolta's wife used to get upset when Kirstie Alley flirted with him.

The pair starred in 'Look Who's Talking' together and Kirstie says they would have had a relationship if she hadn't been married to Parker Stevenson at the time, and their friendship wasn't welcomed by Kelly Preston when she first married John in 1991.

Speaking to US radio host Howard Stern, Kirstie said; ''We both wanted to [act on it], definitely.

''It took me years to not look at John as a romantic interest. Now, I'm best friends with his wife, and that took a while. Because in the beginning she would bust me, like, 'Are you flirting with my husband?' And the answer was yes.''

Kirstie added John is ''very gamey'' and ''very handsome'' but denied rumours he is secretly gay.

She added: ''I've known John for 20 years. I know him so well. I also know when I moved to Hollywood, I was told that a couple of people were gay, one of whom I was dating, and I knew that they weren't gay ... It became a way to dismiss actors.

Kirstie also pointed out how several lawsuits relating to allegations of sexual assault against John have been dropped, adding: ''When he says, 'Ok, you're not getting any money. Go ahead and sue.' they drop the suit.''