Actor John Travolta Surprised Officials At An Arts School Fundraiser In Florida On Saturday (18apr15) By Donating $12,000 (£7,500) Of His Own Money To The Cause. 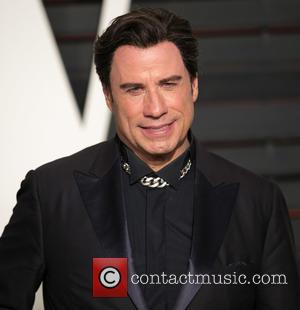 The Pulp Fiction star was the guest of honour at the Capitol Theatre event in Clearwater, where he presented a special advanced screening of his new heist movie The Forger to benefit the Marcia P. Hoffman School for the Arts.

Tickets for the bash helped to raise $38,000 (£23,750) for the education centre, and Travolta decided to help round up the amount by generously opening up his own cheque book.

After organisers announced how much the night had raised, Travolta said, "Because of your generosity, I would like to add another 12 (thousand) to make it $50,000."

He then added, "Thank you for being here, for supporting the arts. I had the privilege of growing up in a family that supported the arts... but not every family has that advantage. Tonight, you are helping... other young people to become artists of their dreams, who didn't have the advantage I had as a child."