John Travolta hopes Idina Menzel can "Let It Go," after he called her 'Adele Dazeem' at last Sunday's Oscars. 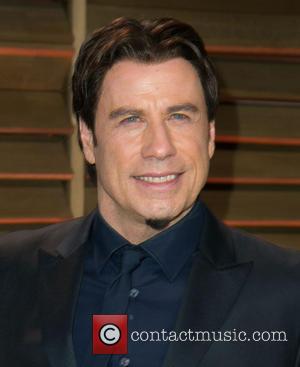 The 60 year-old made the faux pas when introducing the 'Frozen' star's performance of 'Let It Go.'

And It seems this is one blooper Travolta will not be able to forget easily, it has quickly become a social media favorite with many Twitter users still poking fun at him.

Well, the 'Grease' star did feel remorseful about the incident, and quipped that he hoped Menzel could "let it go."

"I've been beating myself up all day," Travolta said in a statement, released on Tuesday (March 4th). "Then I thought ... what would Idina Menzel say? She'd say, Let it go, let it go! Idina is incredibly talented and I am so happy Frozen took home two Oscars Sunday night!"

The error, which occurred in front of millions of viewers from around the world, happened when Travolta announced;

"Here to perform the Oscar-nominated and gorgeously empowering song 'Let It Go' from the Oscar-winning animated movie Frozen, please welcome the wickedly talented, the one and only, Adela Dazeen."

However, this didn't throw Menzel off point as she went on to perform the hit Disney song flawlessly.

The 'Glee' actress also gave Travolta a hug backstage after her performance-no hard feelings then!

As well as garnering a huge twitter response, the mishap is also responsible for the latest viral sensation, 'The Adele Dazeem Name Generator.' With this tool, anyone can simply enter in their name and have it 'Travoltified'.

The only thing good coming from this, is that Menzel singing 'Let It Go', which won an Oscar for Best Original Song, will keep being revisited.